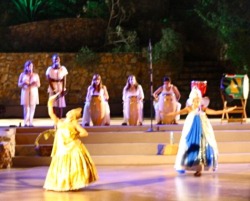 The Ford Theater J.U.I.C.E Hip-Hop Festival
ABENI:(which means "we asked for her, and behold, we got her" in Yoruba)- a women Afro-Brazilian/Hip-Hop music and dance company.

Mission: To open a creative space for women to collaborate and create performance art for the public community. To strengthen and empower women artists. To create educational art with a message that communicates through traditional as well as contemporary Afro-Brazilian and Hip-Hop music, dance,poetry & story telling.

Recent Works: “Mulher Que Gera O Mundo” is about woman empowerment, and celebration of sisterhood. The collective energy of women dancing and making music transcends the socio-economic challenges of every day life.  It is important to note that women drummers are scarce and have often been discouraged and not permitted to play drums throughout history, and in this piece the musicians are all women.

In working with Banda Didá, a music band of women in Salvador Bahia Brasil, I experienced first hand that woman can also play music powerfully, and can literally dance to their own beat. The powerful dynamic forces of women are embodied in the traditional Afro-Brazilian dances of Orixas: Yemanja, Oxum, and Iansa, and exist in a modern day Hip-Hop context. Separated by generations and geography, Afro-Brazilian and Hip-Hop dance now are reunited: 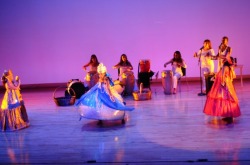 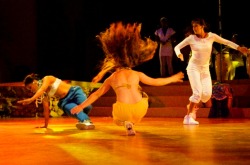 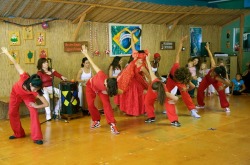